What The FAQ - Second Price Auctions

What the FAQ – Second Price Auctions

The world of digital advertising is powered by auctions. Everything from search ads, to social media, to banner ads involves some sort of auction. But how do they work and what does ‘second price’ mean?

When an advertiser looks to buy an ad unit in a programmatic environment they have are usually competing with other potential advertisers for any given impression. Therefore each advertiser must submit a bid with the highest bid winning.

The first time this was really rolled out at large scale was with search ads and specifically Google. With Google any advertiser, small or large, could create an ad and drive people to their website. But with so many people wanting to buy ads, Google needed a way to determine who would show up first, second, third, etc.

The easiest way is with an auction. Let everyone bid and the highest bid gets the top spot, second highest the second spot, and so on.

This meant that if you are a local electronics store you could go to Google and create an ad to reach anyone searching for the term “buy a new TV.” But you would have to compete with Best Buy and Amazon for that user, so you need to submit a strong bid.

Since Google doesn’t release what everyone is bidding though, this could be a problem. You want to bid high, but not over pay.

In a normal (or first price) auction people pay what they bid. Let’s look at an example. We’ll say three companies are bidding on the search term “buy a new TV.” Here are the bids:

In a first price auction the Local Electronics Store would win with the highest bid and they would pay $5.00 per click. But as we see, that’s a full $1.50 more than the next highest bid, meaning they way over-bid and over-paid.

If those same bids occurred in a second price auction, the winning bid would only pat $0.01 more than the next highest.

So in the above example the Local Electronics Store would still win, but they would only pay $3.51.

The advantage of this system is that advertisers can place high maximum bids so that when demand is high they ensure a good chance of winning the top position. But when demand is low they don’t have to over-pay and therefore get more out of their budget.

This auction system is used in search ads, social media ads, and most forms of programmatic buying.

TL;DR – In a second price auction the winning advertiser only pays $0.01 more than the next higher bidder, not the full amount they bid. 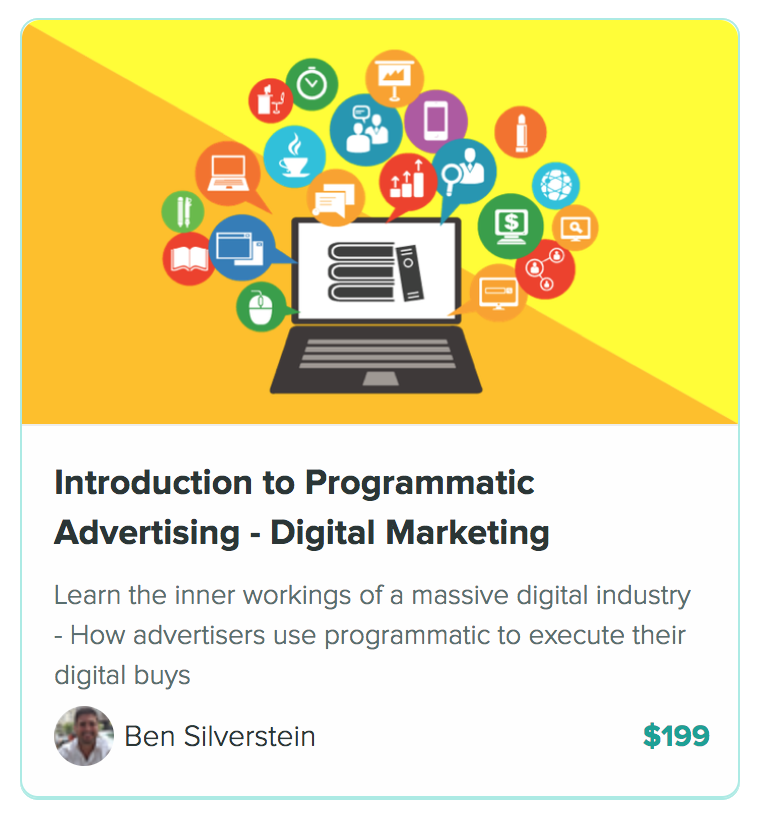